Hi - I'm Julia – the owner & artistic director of Express Yourself Performing Arts. Next to my wonderful family (my husband Patrick, our dogs “Sultan & Georgie” and our cat “Music”), the most important thing to me is helping to develop confident human beings, regardless of age.. I believe that the world would be a happier place if we all took a little time to discover our artistic/creative side. As a child and teenager, I found my own balance and self-confidence in the performing arts.

Certainly, it is a little idealistic to think that the world would be a better place if we all just spent time acting, dancing & singing, but the basic thought is a serious one for sure. Without creative expression in our everyday lives, what would our world & communities be like? When Winston Churchill was asked during World War II if he would cut arts funding in favour of the war effort, he replied: “Then what are we fighting for?” To me, it is that important.

I believe that we should be able to have fun while learning all the skills that performing arts can teach such as collaborative teamwork, responsibility and great communication skills just to name a few. So, that is our goal – a fun environment while developing life skills through the arts. Along the way, we know we will help bring out the “star” in you.
​MEET OUR TEAM!​ 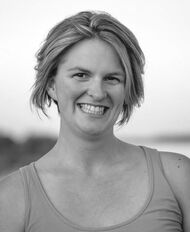 As the Owner & Artistic Director of Express Yourself Performing Arts, Julia loves to share her passion for acting, singing & dancing with children, teens and adults in the Orillia area. She is a performance and music theatre loving, individual. Trained at Randolph College for the Performing Arts she is known as a "triple threat performer". She enjoys passing on her knowledge with children and adults who strive to improve their confidence levels onstage and offstage. Julia is a professional singer and has acted for years in communities all over Eastern Ontario. Julia has acted under the talented direction of Bea Quarrie and Rosanna Saracino and has sung under the baton of many great directors including Dr. Canon Giles Bryant, Syd Birrell, Christine Slevan, Jeffrey Huard, Jeannie Wyse, Mitchell Pady, Blair Bailey, Renee Cingolani and Scott Hurst. She runs three women’s choirs in the Simcoe County region known as “Shout Sister” and has taught children and adults both in group lessons and privately for almost 12 years. Julia has been the Kempenfelt Community Players music director for their Junior shows for 2018-2020. She has also just finished (April 2019) fulfilling a life-long dream of playing the role of Narrator for a production of Joseph and the Amazing Technicolor Dreamcoat.
​
Julia loves to teach children and adults how to utilize the amazing gift that is their voice. Her challenge is to prove to each individual that they have a voice, and the world wants to hear it. From music theatre to classical (including conservatory training), Julia has trained with some of the best in the industry and enjoys passing that knowledge along to be learned by future generations. She finds training in both singing and speaking to be just as important as the other. 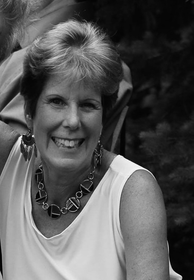 Janet knew that Acting had to become a part of her life, after watching a performance of “Much Ado About Nothing” at Stratford, when she was 13. The next day, she asked her Mum to drive her to the Mall so she could buy a copy of the play. She memorized and performed it nightly to an audience of none. Since then Janet has continued her love of Acting and Film,earning degrees from Carleton, York University and the prestigious American Academy of Dramatic Arts in New York. The journey through life is not always straight forward and Janet has worked in a number of creative jobs including Promotion Manager for Universal Studios in Toronto. She was also a partner in Re:Source Media, a television production company where she produced, directed, and wrote for a variety of programs; appearing on-camera whenever she could.
For the last decade, after completing her Masters in Communications and Culture, Janet has been teaching at Seneca College in Toronto, where she is a full-time professor in the English & Liberal Studies department. Her courses include “Film Studies”,” Modern Drama”, “Shakespeare on Film”, and her very favourite, “Intoduction to Acting”.
Janet is beyond excited to be teaching some of Orillia’s “Rising Stars”!

Located in the Orillia, Midland and Barrie area,  we offer classes in the performing arts. This includes drama (acting), music (vocal / singing) and dance. Just like community theatre, we put together all three forms of artistic expression in a show and our actors (ages 4-16) experience the joy of musical theatre.    Our program is open to kids and adults of all experience and skill levels and our program is designed in a way that builds confidence for each individual student.  As in community theatre, our actors also develop excellent communication and team building skills, grow in self-esteem and enjoy the benefits of improved coordination and fitness levels. All of our students learn essential life skills that will stay with them throughout their life. Creative kids love our community musical theatre classes as we provide fun activities in the performing arts!
We offer summer camps which are an experience where lifelong friendships are formed, where learning about life and leadership skills are integral part of a fun musical theater camp experience.    Campers experience a fun and exciting summer camp.   Your child can fill their summer break with a fun community theatre experience at our camps.